How to Talk to your Husband... 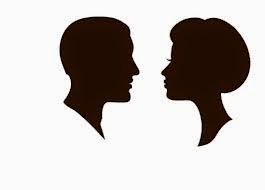 Ok, so I know how to talk with my husband.  We do it all the time. We can talk anything nearly to death, other people’s parenting, religion, war, our families... - we basically have them all figured out. But, when real life hits, and there is no way to deny that the washing machine is truly fried, world war three threatens to erupt in the otherwise peaceful confines of our modest dwelling.  Why, you may ask, would two self-respecting, university educated adults, even bother with making war, not love, over something as clinically mundane as a washing machine?  The answer, my friends, is simple. I don’t know how to talk to my husband. We enter our battle ground armed with presuppositions, he assumes that I will never agree to own a front load washing machine, and I am horrified that he thinks that we only need a washing machine, and I am doomed to spend the rest of my days with a mismatched set, to be seen and judged by the masses...or, something like that.


So, in a nod to our good friends from Les Miserables, the barricades of dirty laundry rise up and each of us are armed and ready for...confrontation, battle, FULL ON WAR! Well, we went one round, and call me a mass of swirling, pregnancy hormones and heartburn, but I tossed up the off-white flag early.  You know the one I’m talking about, the one that says I need a minute to retreat, but don’t imagine in your wildest dreams that THIS is in any way FINISHED.  Retreat I did, to the safety of the upstairs couch,  and essentially he did too.  It seems when guys get frustrated they like to blow things up, being that we were fresh out of firepower - He reached for some computer game that would allow him the opportunity.  We sulked for a while, pacing our respective barricades.


To tell the truth, there was no way I was ready to apologize, or even agree with him. I knew I couldn’t go downstairs, or a rehashing of round one would likely occur with more casualites, and knew full well he wasn’t coming up to me - and I had a choice. I could either spend the entire rest of the evening crying, or we could work this out and get on with life. So, I sat there...desperately trying to work out what to do. In a last ditch effort, I reached for my laptop to start a conversation.  Not one that would demean him, or accuse him, one that would force me to read and essentially LISTEN to what he was saying instead of hearing only through my emotions, and I found out something interesting.


As we talked, it became clear to me very quickly, that we weren’t only talking about purchasing a washing machine.  We were talking about money, about how we saw one another, how we presumed the other felt or thought, and about how nine years of marriage has contributed to old, hurt feelings, and misunderstandings that were working their way into a fight about us, that was cleverly disguised as a conversation about a washing machine. Suddenly, that conversation was difficult and painful, and not so easy to navigate.  It took care and consideration on both of our parts, and figuring out what it was we were actually in conflict about, and speaking to each other frankly and kindly about the issues that came up. I would say, at the end of it all, it was certainly harder - but much more worth the effort. Instead of leaving me feeling angry, frustrated, and scared that I was disconnecting from the most important person to me, I think it helped us deal with a small part of our so-called baggage, and remember how much we really do love and cherish each other.

Last weekend I witnessed a cousin marry the love of her life. I wanted to tell her, you know - you’re going to fight about these things, these weird things like washing machines, dishwashers, the garbage, but in that don’t forget that sometimes those fights are really about something else, but if you can look at it as a way to build up your relationship, it will be more than worth the effort. 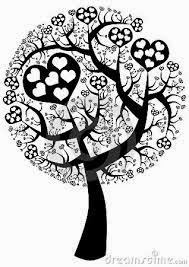